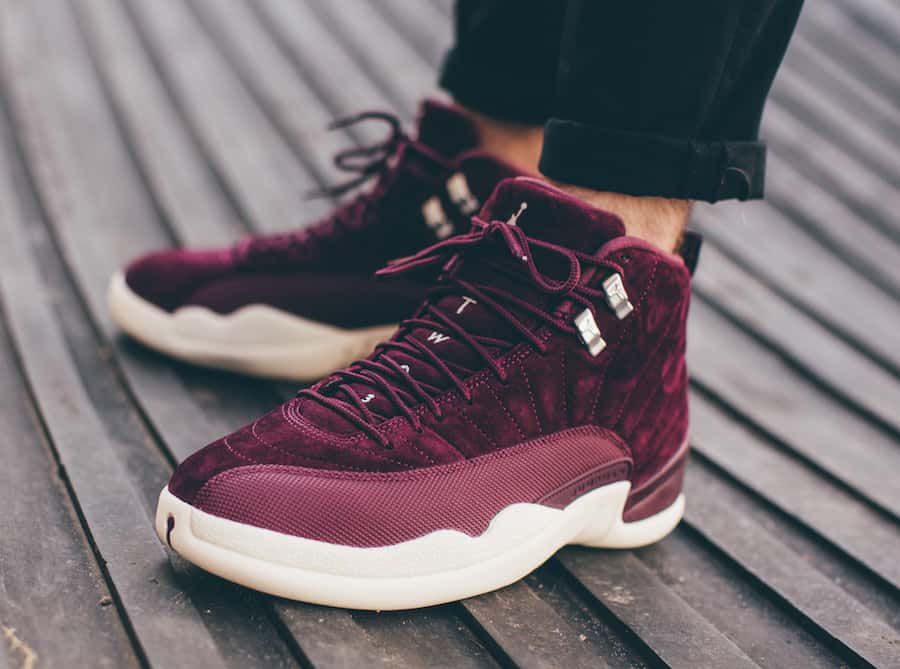 We know you’re all still upset because of the delay in Yeezy releases. The Yeezy Boost 350 V2 Beluga 2.0 which was supposed to drop on October 14th, will now drop sometime in December. Meaning 2 more months before coping that Grey/Orange Beauty. However, we have the top 13 October sneaker releases for you and they might, just might, ease your pain.

And it looks like this season is going to be really big for the ladies, with Nike, Jordan and Adidas releasing some super hyped, women’s only sneakers. So read on and get an idea on what to look forward to this fall. 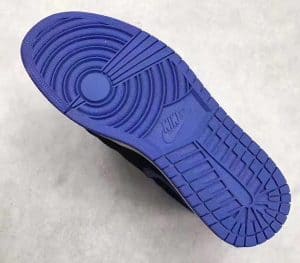 We’ve seen so many colorways of the iconic Jordan 1 retro lately, including the Jordan 1 Royal which dropped this summer. However, the upcoming Jordan 1 features a brand new material on the upper, “Flyknit”. The mixture of woven materials and luxurious leather tooling makes it more expensive than the actual retros. And now, we surely know that the Air Jordan 1 Flyknit Royal will release at retailers on October 7th and will retail at $200. 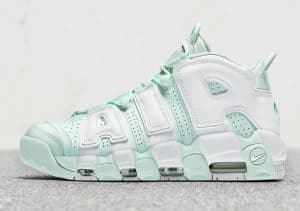 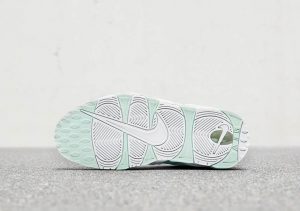 Nike recently took a big step towards women and is releasing, for the first time ever, a colorway of the Air More Uptempo that’s a women’s only. Nike continue their successful year of retros with this lively new sneaker for ladies. Featuring a vibrant mint green and white color mix, with the big centered “AIR” branding as usual. And with Nike also dropping a women’s edition of the Air Foamposite One soon, this could be the start of Nike offering a whole exclusive line for women. 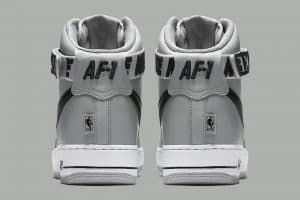 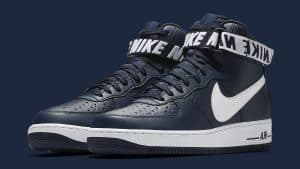 Another one of the Big October sneaker releases, is The Nike Air Force 1 High “Statement Game” collection. The pack consists of silver and navy-based pairs with the Nike embroidery along the cross-straps and AF-1 lettering on the heel tab. And boasting about the new partnership, This sneaker proudly has the NBA logo tabs stitched to the heels. 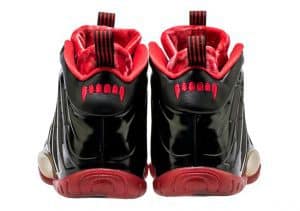 After the jack-o-lantern in 2016, Nike is dropping a vampire-inspired look for the little trick-or-treaters, the Nike Little Posite One. Featuring a glossy black Foamposite shell with black bats, red velvet on the interior, just like the inside of Dracula’s coffin, and vampire fangs on the heels. With all the fine details, this October sneaker will make Halloween a little spookier and a lot trendier.

Arriving just in time for Halloween, the  spooky “Little Posite One Vampire” releases in October on “Friday the 13th” at select Nike Sportswear retailers.

If you thought October 14th’s slot got empty after the Yeezy Boost 350 V2 Beluga 2.0 was rescheduled, well you thought wrong. More than 10 sneaker releases are scheduled for that same day, and things are gonna get real messy! 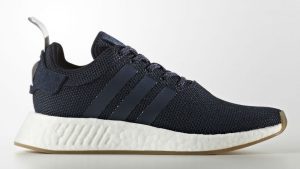 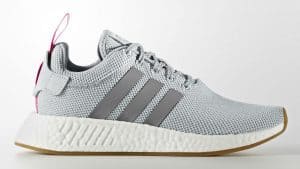 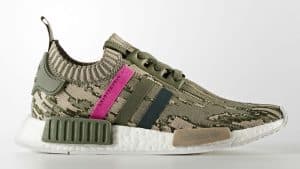 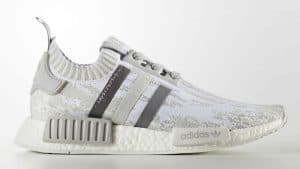 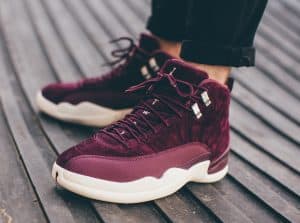 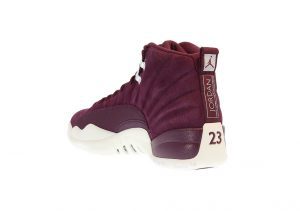 Aging so gracefully, the Air Jordan 12 just seems to get more stylish and desired with every new iteration. Launching the new “Bordeaux” colorway, the Micheal Jordan’s 1997 model is definitely at the top of our coping list this fall. This brand new iteration features a FINE “wine-red” suede upper with contrasting off-white accents for the sole and branding. Don’t miss the fanciest of October sneaker releases, dropping on the 14th!

Shining just as bright as it did back in 1996, the Air more UpTempo is Nike’s superstar at the moment. This October, Nike is giving this popular retro hoops shoe the full “Flax” treatment. With a wheat-colored suede upper and a matching gum sole, this drop will definitely stand out among all the upcoming October releases. 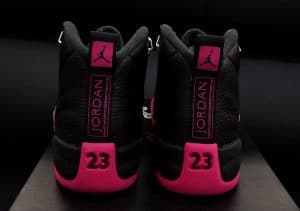 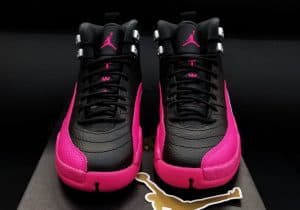 A new vibrant iteration of the classic “Flu Game” Air Jordan 12, is dropping  just for girls. Jordan brand took what’s already a ladies favorite, and made it even more feminine and attractive with this deadly pink/ black colorway. Coming out on October 14th, those with foot sizes up to 9.5Y can enjoy this release for $140. Expect a release on Nike.com and Jordan retailers. 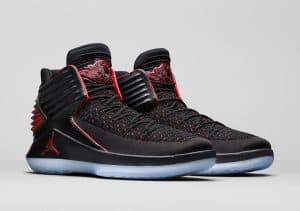 And for the first time ever, Jordan Brand will also launch a low version, along with the classic high cut, on that same day. Featuring a classic “Bred” colorway, the Banned logo on inner tongue, a Flyknit upper and unbeatable cushioning, these sneakers offer on-court support like never before. 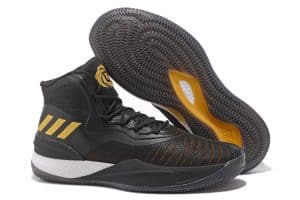 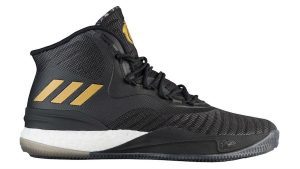 In addition to a new basketball contract, Derrick Rose now has a new signature sneaker, the Adidas D Rose 8, dropping on October 28th, 2017. The D Rose 8 features a mix of mesh and synthetic upper, a Boost-equipped mid-sole and translucent outsole. Coming in an almost all-black colorway with the 3 stripes in gold, This D Rose 8 will release at footlocker.com and other Adidas Basketball retailers. 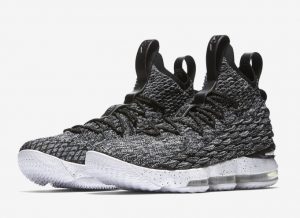 When LeBron James calls the  Nike LeBron 15 his favorite signature shoe ever, you know it’s gonna be hyped and you’ll almost never get your hands on a pair.

If that’s not enough to get you interested in the most advanced LeBron model ever with a new evolution of Flyknit and a new hybrid of Zoom Air and Air Max cushioning, we’re not sure what will.

The Lebron 15 “Ashes” features an oreo-like black and white Nike Flyknit on the upper that provides stretch, a perfect fit, and durability. Also featuring a white mid-sole with black speckling that combines and the Nike Swoosh that’s been placed on the heel right above the mid sole. 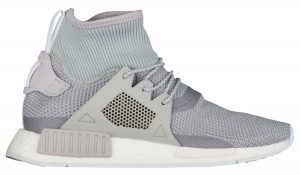 After rescheduling the release of the Yeezy Boost 350 V2 Beluga 2.0, sneakerheads all around were wondering which sneakers could possibly fill that holy slot. The Yeezy mafia was asked and had the perfect answer: The Xr1 winter! Although not a Yeezy, but still an impressive Adidas creation. The winter version of the Aadidas NMD XR1, features a Primeknit sock-like upper, a longer tongue, heel pull tabs an a Boost mid-sole. Dropping in two colorways ” Two-Grey” for subtle colors fans, and “Scarlet/ Core Black” for those who love a bold stand-out sneaker.

Beluga 2.0 was rumoured to be releasing on October and now it changed to December. So are there any Shoes coming in October?

Expect the Xr1 winter to drop sometime in October, and stay tuned to know the exact release day once set. 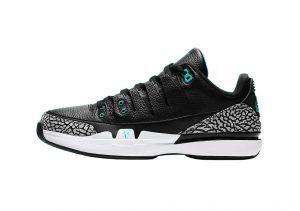 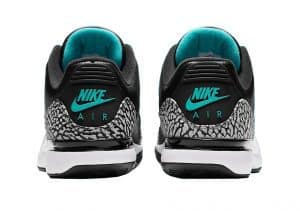 Making its first debut in 2014 with white and black cement colorways, the Nike Zoom Vapor Tour AJ3 is getting yet a new iteration. The successful collaborative sneaker between tennis legend Roger Federer and Michael Jordan,dropped in a “Fire Red” iteration in August and will now drop in an atmos-inspired colorway.

And while it has no official release date or price set so far, it is expected to drop sometime in October with the same $200 USD price tag as its precedent. Stay tuned for more details.

So as you can see, this year’s October Sneaker releases are all must-haves, or so we dream. But to actually cop a pair, you might need some help from he best!  Stay tuned to know more about how, and what to cop this fall-winter season.